We would like to offer our sincere support to anyone coping with grief. Enter your email below for our complimentary daily grief messages. Messages run for up to one year and you can stop at any time. Your email will not be used for any other purpose.

Share a memory
Obituary & Services
Tribute Wall
Read more about the life story of Joe and share your memory.

He was preceded in death by his wife of 58 years, Frances, parents Byron and Maggie Williams, and a sister, Jean Williams, all of Tullahoma.

Born and raised in Tullahoma, he graduated from South Jackson Street School in 1945 and Tullahoma High School in 1949.  Furthering his education, he received a B.S. degree in Business Management in 1953 from Tennessee Tech and a J.D. degree from the Nashville School of Law in 1976.

When he graduated from Tennessee Tech, he also was commissioned a second lieutenant in the U.S. Army Signal Corps.  He then served two years on active duty from 1954-56, at Fort Monmouth, NJ and Camp Gordon, GA, leaving the service as a first lieutenant.  Afterwards he returned to Tullahoma, where he worked for over 37 years with ARO, Inc., which changed its corporate identity to Sverdrup Technology, Inc. 13 years before he retired in 1993 as Corporate Counsel and Director, Human Resources.  After receiving his law degree he also privately practiced law on a part-time basis.

A member of First United Methodist Church since 1952, he was an active member and served on many local church organizations; he is a former chairman of the church's Council on Ministries, Administrative Board, and Board of Trustees, and served as president of the United Methodist Men, church lay leader, and adult Sunday School teacher.  Following his retirement from Sverdrup, his Christian service was devoted primarily to the Murfreesboro District and Tennessee Annual Conference of the United Methodist Church; he was a lay delegate to the UMC General Conferences in 1996, 2000, 2004, and 2008; served as Murfreesboro District Lay Leader, 1996-2003; and was chair of the Tennessee Conference Together We Can capital funds campaign, 1999-2002.  The Tennessee Annual Conference of the UMC dedicated its 2003 Journal to him. He also was a member of the Tullahoma Noon Rotary Club, both he and his wife being Paul Harris Fellows.

Joe's family wishes to express their heartfelt and sincere gratitude to all of the wonderful staff at Morning Pointe for the love and care they have shown Dad for the past seven years and to the Avalon Hospice team for their support during his final days.

A memorial service for Joe will be held at First United Methodist Church in Tullahoma, TN on August 7 at 2 PM.     Memorial donations to either Beersheba Springs Assembly or the Tennessee Tech Wesley Foundation are suggested in lieu of flowers.

Tullahoma Funeral Home is honored to serve the Williams family.

To send flowers to the family or plant a tree in memory of Joe Anderson Williams, please visit our floral store. 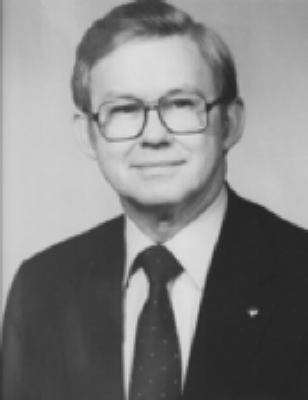 Look inside to read what others
have shared
Family and friends are coming together online to create a special keepsake. Every memory left on the online obituary will be automatically included in the book.

Look inside to read what others have shared

Family and friends are coming together online to create a special keepsake. Every memory left on the online obituary will be automatically included in the book.

You can still show your support by sending flowers directly to the family, or by planting a memorial tree in the memory of Joe Anderson Williams
SHARE OBITUARY
© 2023 Tullahoma Funeral Home. All Rights Reserved. Funeral Home website by CFS & TA | Terms of Use | Privacy Policy | Accessibility